I spent much of last year pondering this question: Why was I—along with scores of other women who’ve overcome underearning—still having difficulty cracking the code to even higher earnings?

Basically, there are three levels of financial development:

The women I’d interviewed, who made millions,  were playing a very different game than what I had expected.  That’s because men tend to be highly motivated by profit, perks, and prestige. In the male world, the promise of affluence is a powerful incentive.

But not for women.  Once a woman becomes financially stable, she is no longer motivated by money.   What motivates her is helping others…or as numerous women described it, “ a search for significance.”

These are two very different paths to affluence. “Show me the money” versus “Show me how to help.” Too many women—like me—futilely struggle to navigate the first path, without realizing they have another option.

The latter is what I’ve come to call Scared Success™. It is the journey from stability to affluence…the game that is quietly being played by countless women (and, I might add, quite a few enlightened men!).

Stick around, and I’ll tell you exactly how to play!

Use The Form Below to Share Your Feedback And Opinion (cancel) 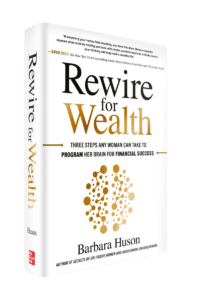